During the lead-up to the People’s Climate March in 2014, I was contacted regarding Exxon Hates needing to distribute its messaging to the streets of New York outside of the traditional advertising avenues. I gladly accepted this opportunity to flex in the streets to help distribute these messages before the march.

I devised a couple of distribution methods and techniques to present to my associate. Each method was a well-thought-out delivery means for signage both inside and outside of the subway system, some scenarios were complete with props and costumes. These proposals ensured the contracted local artists could safely distribute without notice and most importantly go home at the end of the night.

After being given the green light to move forward, a wheatpaste team was assembled to target and bomb highly visible areas of car and foot traffic throughout New York City with the following messages below. If you were in the area, you probably saw some of these around town before the People’s Climate March. 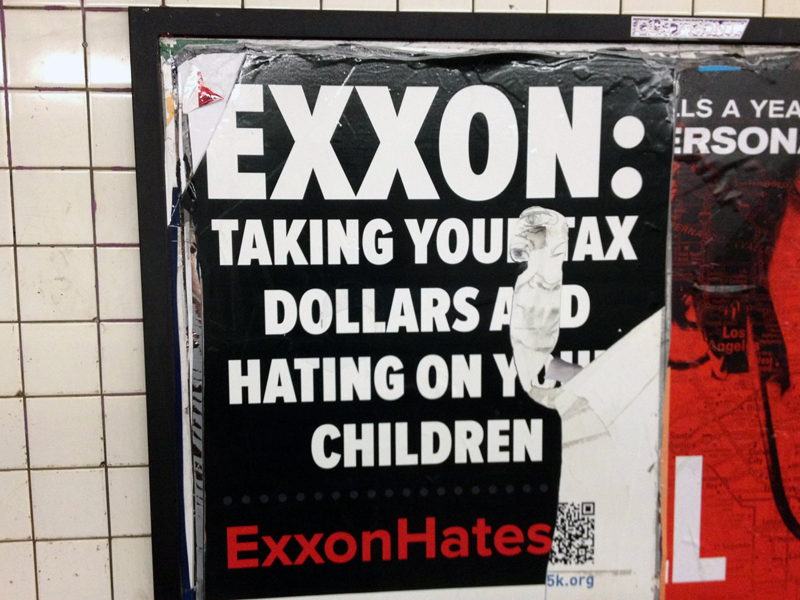 For security culture reasons, no proof of such action installations will be posted however many years later I found myself deep within the New York subway network and found this little gem still remaining.

J – you are the truth, many thanks.